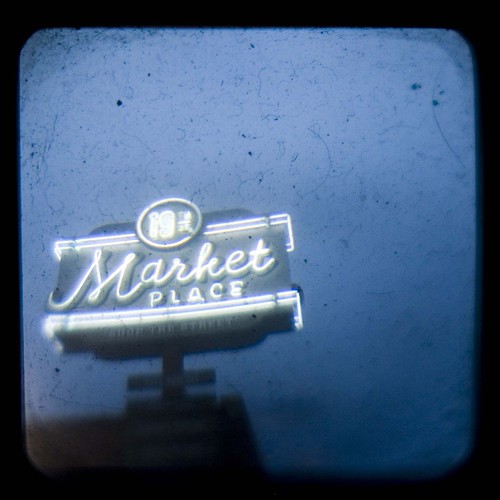 “An app store lets companies tap into ideas from third-party innovators while retaining firm control over their brands. And that’s both its charm and its flaw. “The way Apple runs the App Store has harmed its reputation with programmers more than anything else they’ve ever done,” wrote Paul Graham, cofounder of the venture firm Y Combinator, on his blog.

The central problem is Apple’s heavy-handed management: Nothing gets into Apple’s store without the company’s express approval. Its restrictions have pushed several high-profile developers to quit the iPhone, and have bred ill will with the programmers who’ve remained. Apple may feel it has room to misbehave. No other phone can offer developers anywhere near the number of customers to be found in the App Store, so what choice do they have?

That’s a miscalculation, because the App Store’s true rival isn’t a competing app marketplace. Rather, it’s the open, developer-friendly Web. When Apple rejected Google Latitude, the search company’s nearby-friend-mapping program, developers created a nearly identical version that works perfectly on the iPhone’s Web browser. Google looks to be doing something similar with Voice, another app that Apple barred from its store. Last fall, Joe Hewitt, the Facebook developer who created the social network’s iPhone app, quit developing for Apple in protest of the company’s policies. Where did he go? Back to writing mobile apps for Web browsers.” Farhad Manjoo, “Why App Stores Are Not the Business Model for the 21st Century“

Manjoo gets a lot right in this piece, as Nick Carr notes. Which is why it’s disappointing that I must disagree so fundamentally with the thesis.

Even in the wake of the endlessly hyped iPad announcement, which is certain to extend Apple’s developer footprint, it’s difficult to take issue with his characterization of the Apple application approval process as “heavy handed.” Or with the fact that approval is necessary in the first place.

But while the piece is purportedly concerned with the idea of app stores as a concept, in reality it’s an indictment of Apple’s implementation. Nothing more, and nothing less. Why must an application catalog and decentralized management, for example, be mutually exclusive?

There are any number of vendors who will be unpleasantly surprised by the failures of their application store intitiatives, having followed – to the letter, in many cases – Apple’s example. Few would debate the assertion that the Apple application store has been successful in spite of, rather than because of, the byzantize and frustrating application approval process. It’s a testament to Apple’s brand, in fact, that the store has been successful at all. Companies that simply reimplement Apple’s app store using their brand will fail.

At which point there are two potential responses: abandon the idea as fundamentally unworkable for entities that aren’t Apple, or iterate. I think we’ll see more of the latter, because we need app stores. Seriously.

Not as a gatekeeper, but rather a filter. Manjoo talks about the promise of the “the open, developer-friendly Web” without mentioning the downside: choice. Consider the example of WordPress, which is about as open and developer friendly as software gets. Early in the project’s lifecycle, plugins – which can be considered the WordPress application equivalent – were spread all over the web.

Want a spam reduction plugin? Great. Hit Google, there are dozens. Literally. How to pick one? What did users think of each? What versions of WordPress were they compatible with? All excellent questions: good luck answering them.

Enter the “app store,” better known as the Plugin Directory. It’s far from perfect, but at least it streamlines the plugin acquisition process by centralizing the choice. On top of that aggregation is layered the kind of metadata beneficial to users: reviews, rankings, compatibility data, and so on. And nary a gatekeeper among them.

Nor is this type of application inherently incompatible with commercial interests; it’s easy to imagine any number of potential revenue streams from this type of marketplace. Advertising, data sales, preferential listings, support and service integration, etc. That Automattic chooses not to pursue this course of action means little about its commercial viability, generally.

If Manjoo wants to argue that heavily walled and gated marketplaces are not the business model for the 21st century, more power to him. But to assert that marketplaces in general are doomed because Apple’s approach has its issues is not only an inappropriate conflation of concept and execution, it ignores what we see from consumers every day: a passionate affinity for marketplaces.

Which is why I think we’ll see more, not less, even if they look different.