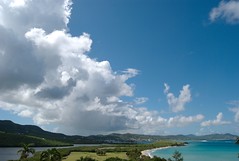 Having spent the bulk of the evening either driving aimlessly around Western Connecticut in my rented Subaru Outback (thanks so much, Google Maps) or preparing for tomorrow’s consult, I haven’t managed to complete either my Red Hat Q&A (sorry, mjw) or my IBM Analyst Conference wrapup (as a hint it looks beyond software). Apologies and so on. But in the meantime, a couple of items I’ve been meaning to get to.

To the surprise of virtually no one, I’ve been getting some mild to moderate grumbling about the spike in baseball related commentary leading up to and following the World Series (my favorite was “i thought you were becoming a sports commentator” ;). Quite understandable, since I’ve recently become aware there is a contingent that is as yet unindoctrinated with the Gospel of Fenway. For those folks, I’ve got both good news and bad news. Being a bad news first kind of guy, I’ll give you that up front: baseball will continue to be a regular topic around here. Love it or hate it, it’s a big part of who I am, and there’s only so much filtering I’m willing to do as there are some fellow fans in the audience.

If the relative surplus of baseball related commentary compels you to unsubscribe as it has for at least one individual already, I both understand and support your decision. With no hard feelings. All the more so since I’m unlikely to be aware of it on an invidual basis.

The good news, however, is that some of the subject matter will be shifting over to a new property I plan on launching sometime in January (i.e. the next time I’ll be at home for a long enough stretch). It’s time that my love of Sox found its own home, and I think I know how I want to do it. Even got the domain name I wanted.

When JetBlue red eyes are a regular mode of transport, as they are for me, you’re bound to end up watching some strange things on their DirecTV service. In recent weeks, I’ve been indulging my nostalgic side, watching positively ancient cartoons on Boomerang, a sister channel of the Cartoon Network. From the amusingly simplistic Hanna Barbera series’ to the still holding up well Looney Tunes, the cartoons are of surprising historic value from a cultural perspective, all these years later. Racism, sexism, nationalism, gender issues, they’re all there. Along with a healthy slice of Americana and some good old fashioned sight gags. If you haven’t seen any in a while, indulge your inner child and/or historian with a stroll through YouTube (my Favorites might give you an idea of what’s out there). My debt to Ryan for pointing out the existence of these is borderline incalculable.

As expected, the island of St Croix was lovely. Also as expected, my free time on the island was severely curtailed by my own fatigue and wedding responsibilities. That said, some thoughts on travel to the island for those – like Senor Curry – who have the good fortune to be visiting:

A small horde of folks need to be thanked for alerting me to this, but ESPN’s College Gameday is broadcasting this weekend live from my alma mater, Williams College. The occasion is our annual homecoming game – which I made an appearance in, once upon a time – against the Amherst Lord Jeffs. I’d be lying if I told you that the quality of play is anything like you see most Saturdays with the big boys of DI football, but they don’t call it the biggest little game in America for nothing.

Kudos to the ESPN crew for making the trek, and Go Ephs!