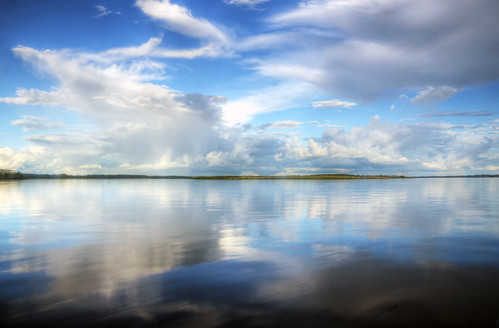 It is the velocity and trajectory of this business that has everyone in the industry spooked and valuations of the business formerly relegated to the “other” revenue category on financial statements accelerating. Even after seeing sales shrink for 14 consecutive quarters, after all, and amidst calls to rebrand the company from Big Blue to Medium Blue, each of IBM’s non-finance business units generated more revenue in 2014 than AWS projects to this year. Three out of the four were a multiple of the seven billion figure: GTS was ~$37B, Software $25B and GBS came in at ~$18B.

But the market and evaluators alike are less concerned, at least in the case of Amazon and IBM, with present day revenue figures than how they project to change over time, hence the euphoric AWS headlines and the quarterly pillorying IBM receives. What IBM is going through at present, in fact, suggests that Michael Dell’s original decision to take his firm private was a wise one.

Market disruption is a violent process, and surviving it can be almost as drawn out and painful as succumbing to it. As IBM knows, of course, having been one of the few companies to reinvent itself more than once. Expecting the same patience from investors, however, is a lot to ask, particularly in an age of activist shareholders carrying Damoclean swords.

If bullish perceptions of cloud native players, Amazon and otherwise, are driven by expectations of future returns driven by current models, however, it is perhaps worth taking a step back and evaluating IBM’s current models rather than current returns. The question is how should IBM, or companies in IBM’s position, respond to the macro-market factors currently disrupting its businesses.

From a high level, all of the incumbent systems players – from Cisco to Dell/EMC to HP to IBM to Oracle – need to recognize, among other market dynamics, the following:

Measured by this criteria, at least, IBM is making logical adjustments to its businesses.

From a directional standpoint, IBM appears to be responding to the systemic disruption across its footprint with a combination of internal innovation (Watson), open source (Cloud Foundry, Node, OpenStack) and inorganic acquisition (Bluebox, Cloudant, Softlayer, etc). Betting on cloud over traditional hardware, or SaaS rather than shrink-wrapped software may not seem aggressive to independent industry observers for whom the writing has been on the wall since halfway through the last decade, but the larger the business the more difficult it is to turn.

Much of IBM’s ability to reverse its recent downward financial trend, then, depends on its ability to execute in the emerging categories on which it has placed its bets. Some adjustments are clearly necessary. A heavy majority of the airtime at its Insight show this week, for example, has been devoted to its Watson product. While the artificial intelligence-like offering is intriguing and differentiated, however, as a business tool it’s a major marketing challenge. Positioning compute instances or databases offered as a service is a simple exercise. Explaining to audiences what “cognitive computing” means is non-trivial. Not least because unlike cloud, IBM is trying to push that rock up a hill by itself. Strangely, however, the company seems intent on leading with the most difficult to market product, rather than using more widely understood cloud or SaaS businesses as an on ramp and using Watson as a secondary differentiator. It would be as if AWS led with Machine Learning and mentioned, after the fact, that EC2 and RDS were available as well.

That being said, marketing and positioning is a solvable problem if the strategic direction is correct. And 14 quarters of declining revenue or no – remember that as AWS itself demonstrates, revenue is a lagging indicator – IBM is in fact making changes to its strategic direction. The company just makes it harder than it needs to be to see that at times.

Whether they can execute on these new directions, however, is what will determine whether the company’s turnaround is successful.