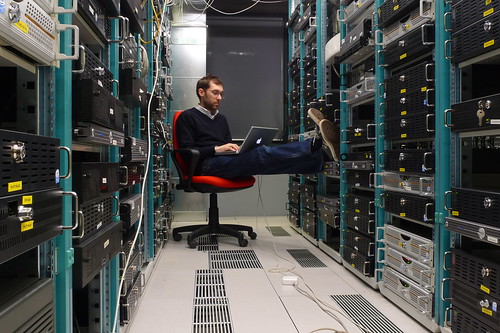 In her 1969 book, On Death and Dying, the Swiss psychiatrist Elisabeth Kübler-Ross attempted to capture and document the emotions most frequently experienced by terminally ill patients. The model is famous today, of course. Even if you don’t remember the model’s name, you’ll probably recall that individuals faced with a life-threatening or altering event are expected to experience a series of five emotions: denial, anger, bargaining, depression and acceptance. Though the model’s accuracy has been challenged and research doesn’t support it as either definitive or all-encompassing, its utility has sustained it through the present day.

While there are significant differences between corporate entities and human beings, Citizens United notwithstanding, there are interesting parallels between organizations faced with the threat of disruption and people faced with disruption’s human equivalent, death.

If you listen to incumbents talk about their would be disruptive competitors year after year, for example, specific, industry-wide patterns begin to emerge. Patterns which, as with the Kübler-Ross model, progress in stages. When you talk to a given incumbent about would-be disruptors, chances are good you’ll have a conversation like the following. The interesting thing is that you’ll have essentially the same conversation with any of the incumbents; their responses all follow this basic pattern. The timing of the conversational stages may vary, the substance almost never.

As with a patient facing a life-threatening diagnosis, the threat is difficult to acknowledge, let alone process. Acceptance, therefore, is arrived at but gradually.

Which brings us, oddly enough, to Amazon. Even shortly after S3 and EC2 debuted in March and August of 2006, respectively, it was evident that these services – their relatively primitive states notwithstanding – were strategically significant. The reaction of incumbents at the time? “I’ve never heard of Amazon Web Services.” Or if the company representative was especially progressive, “”Yes I’ve heard of Amazon Web Services, but we’re not seeing them in any deals.”

Five years ago last month, the only real surprise left was the lack of apparent concern about Amazon from the market incumbents it was busily disrupting. Here was a company that was quite obviously a clear and present danger, but much of the industry seemed stuck on the idea of Amazon as a mere retailer. Where companies should have been moving in earnest, what you’d hear most often was “Amazon Web Services is beginning to show up in deals, but they’re getting killed.”

In the years since, belated recognition of the threat posed has triggered massive responses. While claiming publicly that “Amazon Web Services is growing, but it’s all small deals and toy apps, they don’t get the enterprise,” behind the scenes massive investments in datacenter buildouts were underway, and organizations attempted to quickly retool to embrace and fight the cloud simultaneously.

None of those responses, however, are more massive than the announcement that Dell is acquiring EMC. Should the transaction close, at $67B it would be larger than the second largest technology acquisition – HP/Compaq – by a factor of two if you account for inflation, nearly three if you don’t. The obvious question is what this all has to do with Amazon.

On the surface, it might seem that the answer is very little. Dell went private in 2013 and so the numbers we have are old, but as of two years ago the revenue Dell derived from its traditional enterprise lines of business – servers, networking, storage and services – was $19.4B. The numbers for its traditional PC business – desktop PC and mobility – were $28.3B, or thirty percent higher. The problem for Dell, and one of the reasons it was making a big push amongst analysts at the time around its enterprise business, was the relative trajectories of the revenue streams. Even with modest to negative growth from its services (1%) and storage (-13%) businesses, servers and networking buoyed its enterprise business to 4% growth from the year prior. Mobility and PC returns over that same span were down 15%. All of which makes the decision to go private straightforward: it was going to get worse before it got better.

If Dell was going to bet on a business moving forward, then, it had essentially two obvious paths it could follow. Behind door number one was doubling down on the PC and mobile markets. The former market is being actively hollowed out, with both volume and margin cratering. In the latter, Apple effectively owns the entirety of the market’s profits.

Dell’s messaging and behavior, both before and after its decision to escape the limelight of the public market, suggested that Dell had picked door number two. Dating back at least to the 2009 $4B acquisition of Perot Systems, Dell has had ambitions of moving upmarket from the increasingly problematic fortunes and falling margins of the PC business. Every acquisition since then, in fact, is in service of the company’s enterprise ambitions.

In the context of 2008 and 2009, this directional shift was understandable. Amazon was growing fast, but unless you were paying close attention to the new kingmakers – the developers who were inhaling cloud services – its significance was not apparent. Certainly very few boards understood on a fundamental level the threat that cloud infrastructure and services would pose to their proven enterprise offerings.

The question facing Dell is whether the strategy that made sense in 2008 or 2009 makes sense today. As current EMC CEO Joe Tucci said in announcing the news, “The waves of change we now see in our industry are unprecedented and, to navigate this change, we must create a new company for a new era.” It is true as many observers have noted that this announcement is about more than AWS.

But it is also true that the new era Tucci referred to is increasingly defined by AWS. Witness the AWS announcements at re:Invent last week. It has been understood for a while that commodity servers and storage were vulnerable; if Dell going private wasn’t evidence enough, IBM’s deprecation of its x86 business and HP’s struggles with same should be. Many enterprise providers believed, however, that higher margin software areas were outside the scope of Amazon’s ambitions. This was a mistake. At re:Invent, AWS reconfirmed with offerings like QuickSight that there is very little outside the scope of their ambitions. Traditional enterprise providers must expect AWS to use its core services as a base of operations from which to target any and all adjacent enterprise software categories that promise sufficient margin.

When you couple the accelerating demand for and comfort level with infrastructure and software as a service with a widening enterprise-appropriate portfolios, it is indeed a new era, and one in which many traditional suppliers are playing catch up. To borrow Reed Hasting’s metaphor, Amazon is becoming the enterprise incumbents faster than they are becoming Amazon. Much faster.

The addition of EMC would obviously bring Dell a variety of assets that could be deployed towards a variety of ends. EMC plugs their most obvious infrastructure hole, and the company owns stakes in key software entities in Pivotal and VMware among others, the former of which is reportedly expected to go public and the latter of which is expected to be kept that way. The addition of EMC, however, better equips Dell to compete against the likes of Cisco, HP, IBM and Oracle than Amazon, however.

Which implies that the combined entity’s short term strategy will be competing against the traditional players for the enterprise dollar. Longer term, however, it will be interesting to see how it leverages its assets to compete in an increasingly cloudy world. Given the size of this deal, acquisitions that would move the needle from a cloud perspective can probably be ruled out. Which in turn means that any major push from the new Dell into the cloud – presuming there is one, eventually – will have to come from within or via the acquisition of much smaller players.

Given the meteoric rise of Amazon and widely assumed growth in demand for cloud services, it’s easy to criticize this acquisition, as many have, on the basis that it doesn’t make Dell an immediate alternative to the major public cloud suppliers. It is less obvious, however, whether another acquisition would. On paper, players like a CenturyLink (14.45B mkt cap) could be potentially be acquired for less than half the cost of EMC and bring with them a wide portfolio of infrastructure capabilities from bare metal through PaaS. In the real world, however, it’s difficult to imagine a company whose DNA dating back to the dorm room founding is manufacturing hardware for customers making a success of an acquisition that would be, for all practical purposes, a pivot into the cloud.

Instead, Dell went all in on building an organization that could more effectively compete with the traditional enterprise players. How they’ll all fare in the new era that Tucci referred to is the question.

Disclosure: Amazon, CenturyLink, Cisco, Dell, EMC, IBM and HP are all RedMonk customers. Google and Microsoft are not current customers.