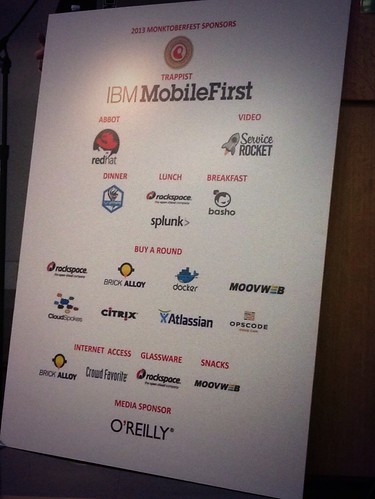 In a 2001 piece for the New York Times, the now sadly departed Elmore Leonard summed up his tenth and final rule on how to write simply: “Try to leave out the part that readers tend to skip.” Without claiming any particular success, this is essentially the philosophy behind the Monktoberfest. In effect, it’s an attempt to answer the question: what would happen if we threw a conference without the parts that people skip?

Consider sponsored talks, for example. While it is not technically impossible to deliver a sponsored talk that engages an audience, the overlap between great talks and paid talks is tiny. Most end up as little more than infomercials. So we lose them. Then there’s timing. For a conference aimed at and built for developers, who tend to not be the early rising type, why would we start the conference at the more typical 8 AM? 10 AM is much more civilized. And what do people most frequently want to skip at a conference? Meals delivered by a staff whose focus is scaling the food, not crafting the food. Many fewer people, on the other hand, skip a sushi lunch or a dinner that includes lobsters caught by the caterer’s husband the afternoon before.

While this is a bit of a different approach for conferences, the logic behind it seems straightforward. In my experience, the quality of any given conference will ultimately be determined not by the food, drink or even the speakers – as important as they are. The value of a conference is determined instead by its people. Why, then, would we optimize for anything but the people? 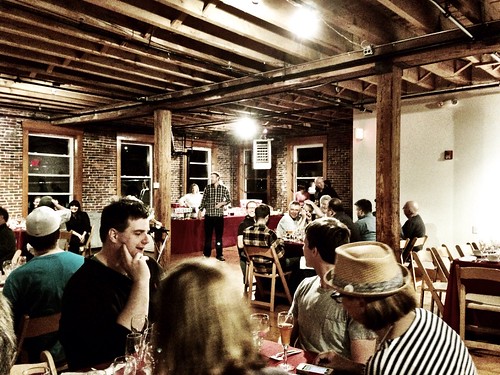 Whether we succeeded will be determined in the weeks and months ahead, as the impact of the individual talks ripples outwards, we see the manifestations on social media and elsewhere of new connections made at the show and so on. But the early returns are gratifying.

Thanks to @sogrady and the Red Monk team for putting on a great conference @monktoberfest I'll be back next year for sure.

#monktoberfest a blast. Met lots of smart people, learned much about tech… and beer.

Awesome 3 days at #monktoberfest. Very fortunate to get a chance to attend and speak.

.@monktoberfest was every bit as good as I'd heard. Many thanks to @sogrady for having me speak, and to everyone for bringing the awesome!

Home again, home again, jiggity jog. Thanks to all for a wonderful #monktoberfest!

#monktoberfest was awesome – great to meet all the new people

Such a great #monktoberfest, awesome people, conversations, food and beer. However, the best is yet to come #home

On my way out of Portland, ME after another great #Monktoberfest. Thanks, @sogrady, the rest of the @redmonk crew, and the awesome speakers!

as if #monktoberfest wasn't awesome enough, I got the chance to have dinner with one of my favorite writers, @ftrain. epic week.

If I was going to be a tech conference today, it would've been #monktoberfest.

I love how much of my Twitter feed is dedicated to the awesome stuff going on at #monktoberfest.

sat next to @drewconway at lunch. the quality of people @monktoberfest is as ever mind-blowing. his "weekend hacks" are redmonk businesses.

.@al3x’s #monktoberfest talk was my favourite kind: made me think about why I think what I think.

The last quote from Mike is perhaps the most important to me personally. People who have never attended the Monktoberfest will ask me what it’s all about, and my answer is that it’s about the intersection of social and technology. It’s about how technology changes the way that we socialize, and how the way that we socialize changes the way that we build technology. But within that broad framework, speakers have a great deal of latitude to interpret the constraints in interesting ways. In doing so, as Mike says, they make me think about why I think what I think. They make me think about what I’m doing, why I’m doing it, and how I can help. They inspire me, and I seriously doubt that I’m the only one. They are, in short, the kinds of talks that don’t necessarily have a home at other shows.

As with most large productions, the Monktoberfest is a group effort, and as such, there are many people to thank.

With that, we close this year’s Monktoberfest. For everyone who was a part of it, I owe you my sincere thanks. You make all the blood, sweat, tears worth it. Stay tuned for details about next year, and in the meantime, you might be interested in Thingmonk or the Monki Gras, RedMonk’s other two conferences.