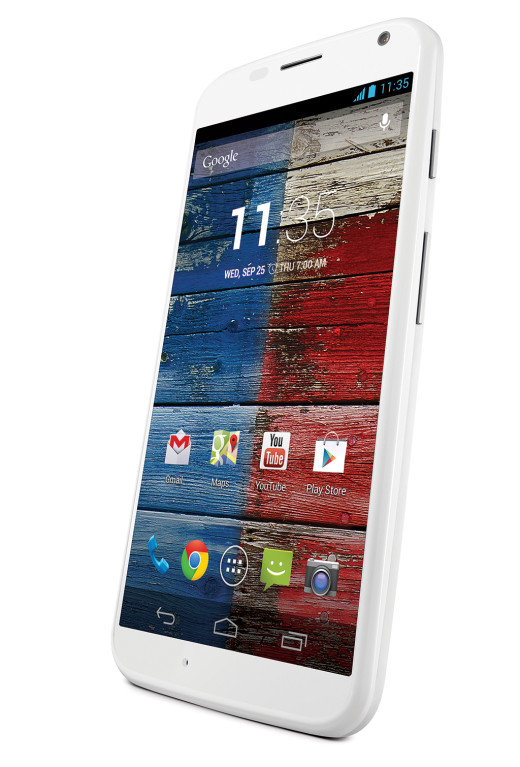 If you haven’t been following the saga of the Moto X, the short version is that it’s one of the first post-Google acquisition products from the company that gave us the Star Tac and the RAZR. Besides carrying the expectations of a market that needs to see something compelling from Motorola because it’s been a while, the X is also the focal point for analysts seeking an answer to one simple question: why did Google pay over twelve billion dollars for the company? Given the input the folks from Mountain View have had into the product, it’s been assumed that the Moto X would, if not answer that question outright, at least provide a hint.

If that’s the case, however, the answer for many seems to be: because they made a mistake. While the Moto X has seen its share of excellent reviews – see Gizmodo‘s “Moto X Hands On: Forget Specs, This Thing Is Awesome” or the Verge which gave it an 8 out of 10 – negative reactions have been common. It may not be a surprise to see John Gruber dismiss the product, but pieces like BGR’s “Motorola in Dreamland” or TechCrunch’s “Hell no Moto X” are representative of the industry’s disappointment.

While I have yet to get my hands on one of the devices, my bet is some of the gadget reviewers are simply missing the bigger picture. Which is, at least in part, that this phone isn’t built for them.

Consider the various complaints about the device. The disappointing processor? Yes, the benchmarks confirm the Moto X is based on a chip that’s slower than the equivalent in the HTC One or Samsung Galaxy S4. So? How many consumers, realistically, are aware of the chipset in their phone? The only time they’ll notice the processor is if the phone feels slow; none of the hands-on reviews I’ve seen yet make this claim.

How about the “gross” AMOLED Screen? Well, if a reviewer like The Verge’s Joshua Topolsky has to study the Moto X and a higher resolution screen such as the HTC One “side by side to make out the difference,” it seems unlikely the average consumer will have a problem with the display. Particularly given that the pixel density is just shy of iPhone-Retina.

Most of the negative reactions are focusing, in other words, on the phone’s underwhelming technical benchmarks. Which is interesting, because the history of this market, brief though it may be, does not suggest that the market rewards the most sophisticated handset. The iPhone, you might recall, did not add the 3G connectivity common to competitive handsets until Apple could ensure acceptable battery life. The HTC Evo, by contrast, was a marvel of engineering with an enormous screen and every connectivity option known to man – from HDMI to WIMAX. It also had a battery life of about an hour.

What Apple understands, and what the Moto X may reflect, is that technology is less important than experience. All things being equal, faster processors and brighter, higher resolution screens are preferable. But until we see significant advances in battery technology – the kinds of advances that are perpetually two to three years away – all things are not going to be equal.

So while those critiquing the Moto X for its pedestrian processor and so on focus on the components that won’t be found in the coming Ifixit Teardown, my guess is that the average user will be more impressed by a full day’s worth of usage – which is very different than a full day’s worth of talk time (who uses their phone as a phone these days anyway) – than a faster phone with a brighter screen. Just as they once picked EDGE capable iPhones over 3G competition.

Maybe the Made-in-the-USA factor will emerge as a selling point as well, and probably the ability to customize the appearance will be, but at the end of the day the performance of the Moto X will depend on how well Google and Motorola have learned from Apple. Apple’s never been about the underlying technology, and much to the consternation of tech reviewers everywhere, the Moto X doesn’t appear to be either.

Whether that pays off will be interesting to see.

Disclosure: There’s nothing to disclose. Google is not a client, and I do not have a Moto X, review unit or otherwise.