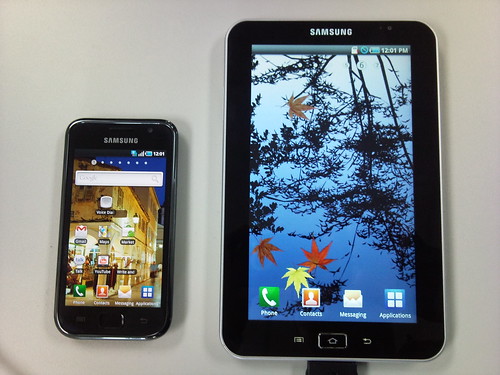 I didn’t want a tablet. No, seriously, look it up. It has never been at all clear that the form factor will work for me. And yet here I am, in the market for a tablet. What happened?

A number of things. It didn’t help that Lenovo killed off the device that I actually wanted, the Skylight, which was essentially a tablet-like piece of hardware in a netbook form factor. Not that I can blame them, not when its chip manufacturer Qualcomm is running around admitting that Apple’s iPad obsoleted smartbooks before they even arrived. Probably because I wanted one, the smartbook category died a quiet, unacknowledged death. The reason I wanted one, however, remained.

The simple fact is that a modern laptop is more machine than I need while traveling. Even my underpowered Thinkpad X301 and its ultra-low-voltage chip represents a surplus of computing capacity. What do I really need while I’m on the road, after all? A browser, a text editor, a terminal application and some form of MLB At Bat, be it native or Flash. For that I just don’t need much machine. I wouldn’t mind the excess so much if the costs weren’t so high. But for the power that a laptop affords, you trade weight, battery life and size. I’m aware that the new Macs, for one, can get better than five hours to a charge. But I’m also aware that five hours does not a full day make, and that even the MacBook Air tips the scales at three pounds.

What I want is a machine I can carry sans briefcase on a day trip to New York or Boston. More specifically, this:

What about the software, you ask? Funny thing: it’s juts not the priority for me – I’m far more concerned with the hardware. Any of Android, Chrome OS or webOS would probably be acceptable as a tablet operating system. For me, anyway. Google’s Director of Mobile Products, Hugo Barra, was unequivocal in his belief that Android isn’t ready for that device type, which while technically true probably isn’t going to help Samsung’s marketing efforts.

Even the iPad’s iOS would be workable were it not for the fact that it’s tethered to iTunes, and thus to a Mac or Windows desktop. I’m excluding primarily desktop oriented operating systems such as Windows or Ubuntu because they’re not quite there for these form factors, in my opinion.

Add it up, and I’m probably getting a tablet, in spite of their unfortunate lack of a keyboard. The question is which one? The answer to that is as much timing as anything else.

For reasons that I cannot fathom, we are nine months post-the iPad announcement without a credible alternative on the market. This, in spite of the availability of obviously workable alternative operating environments in Android and webOS, and possibly Chrome OS. Whether the massive latency is due to difficulties in design, market factors and uncertainties, or something else, the fact is that the would-be challengers to the iPad are massively late to market. To the point that many have not only missed the Back to School rush, but might not make the holiday shopping season either. In theory, we’ll see Samsung shipping its 7″ Galaxy Tab on a variety of carriers in the near future, but most of the rumored arrival dates for tablets are a quarter to two quarters away.

The choice before me then is to wait, or do what I did with the iPhone: tread water using the Apple product until such time as its competitors are sufficiently compelling. The majority of the private feedback I’ve received about tablets encourages me to wait: those who’ve seen or held the forthcoming iPad competitors consistently say nice things about them. But that means putting up with a laptop during one of the two busiest portions of the year for me in terms of travel. Suboptimal.

What do you think? Do you have interest in a tablet?