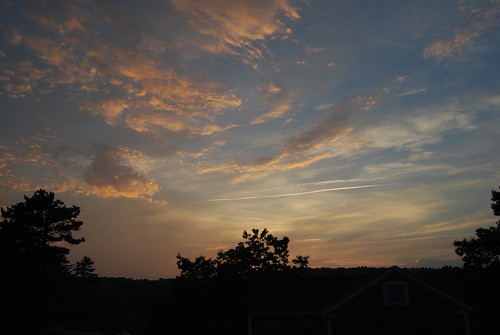 Leave it to the folks from Amazon to make a liar out of me. Tuesday night around 9:00 PM I wrote the following:

In the cloud, F/OSS is at present the rule, rather than the exception…Amazon? Built on Xen, hosting only (to date) open source operating systems (Linux and, in alpha, OpenSolaris).

Less than four hours later, Jeff Barr and the gang over at Amazon announced the forthcoming availability of Windows on EC2. Not to be outdone, the folks from 3tera announced the immediate availability of virtual appliances based on Windows server. And that wasn’t the end of the cloud news.

Steve Ballmer, the same day, let drop word of the “Windows Cloud” operating system, which apparently is not Windows 7, but something else entirely. Presumably something else that’s designed and optimized for the cloud.

None of this, precisely, qualifies as news. Or if it’s news, it’s not surprising news. We’ve known for a while that the folks from Redmond were planning a cloud based offering; as I said back in August, “Microsoft will not willingly cede such a crucial market to a rival platform.” In other words, we knew this was coming. Not precisely when, it’s true, but that this day would come. Even if, technically, the day hasn’t actually arrived yet. At least for Amazon and Microsoft, whose offerings aren’t generally available at present.

What people are asking us now is what, precisely, does this mean?

The answer is that it means that we may see the dynamics of the server market made manifest in the cloud at some point the future. Open source platforms – Linux, primarily – have the clear head start, and some intrinsic advantages (specifically in licensing). But nothing approaching a sufficient barrier to entry to preclude Microsoft from making a tremendous impact on the cloud in terms of marketshare.

Much, of course, will depend on the logisitics and execution. How are the offerings structured and priced? Will customers, for example, need to concern themselves with CALs? On the execution front, how seamlessly has the Windows experience been translated to the cloud, an environment with significantly different requirements relative to on premise datacenters? Has Microsoft adapted its operating system technologies successfully to the cloud? This might be an easier task, counterintuitively, than Windows 7 development due to the reduction in hardware types, use cases and so on. But it’s still a significant – possibly monumental – challenge for a firm that spent the better part of a decade building an operating system that debuted to poor reviews.

At the time the specific services become generally available, at least in beta form, I’ll have a significantly more detailed reaction for you. But it’s difficult to argue that this week’s spate of announcements will have an impact on the adoption of the cloud generally, and the platforms within it specifically. Still, it’s far too early to conclude that Microsoft has pulled an get-the-internet style 360 and adapted simultaneously its technology and model for a world in which local infrastructure is – if only slightly – of diminished importance.

Either way, Amazon looks like a winner here. But more on that later.

Disclaimer: Microsoft is a RedMonk customer, while Amazon and 3tera are not.