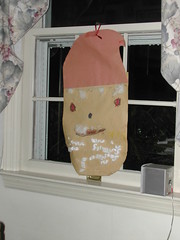 I’m Quite the Artist

Technically, I’m not a liar. I said I wouldn’t buy an iPhone, but I never said anything about what would happen if I were given one. Which I was. By my brother. Whose year was apparently even better than I thought it was.

After a brief internal debate – to return or not to return – the decision was made to activate. The device itself is compelling, to be sure, but my Nokia’s continuing decline was no small contributor to the move. While I liked my N75 initially, the Symbian OS – never quick to begin with – now takes better than 20 seconds to open a text message. Not one with pictures.

Ergo, plugging the iPhone in to iTunes today and following the expectedly simple activation prompts was an easy decision, in the end. It didn’t even give me a hard time about porting the Boston area code number I’ve had for years, as did the Cingular employee who upgraded me to an LG a while back in San Francisco. I know the Apple and AT&T relationship has been rocky of late, but it worked from this consumer’s perspective. I’d be remiss, as Jonathan notes, not to also thank the folks that keep the respective networks up and running so that myself and a few million other customers weren’t gifted with bricks.

Of longer term importance than a soon-to-be-obsoleted phone, however, was the news that my Mom had gotten my Dad and I three nights at a camp near Presque Isle. The fishing there is reportedly good enough that even the two of us should tear it up, and yes, I’ll be sure to get the pictures to prove it, Glynn.

The only real thing missing this Christmas was the aforementioned younger brother, who missed the festivities for the first time as he spent the holiday with wife’s family in Iowa. As I should be seeing him tomorrow, though, I have no real cause for complaint. Whatsoever.