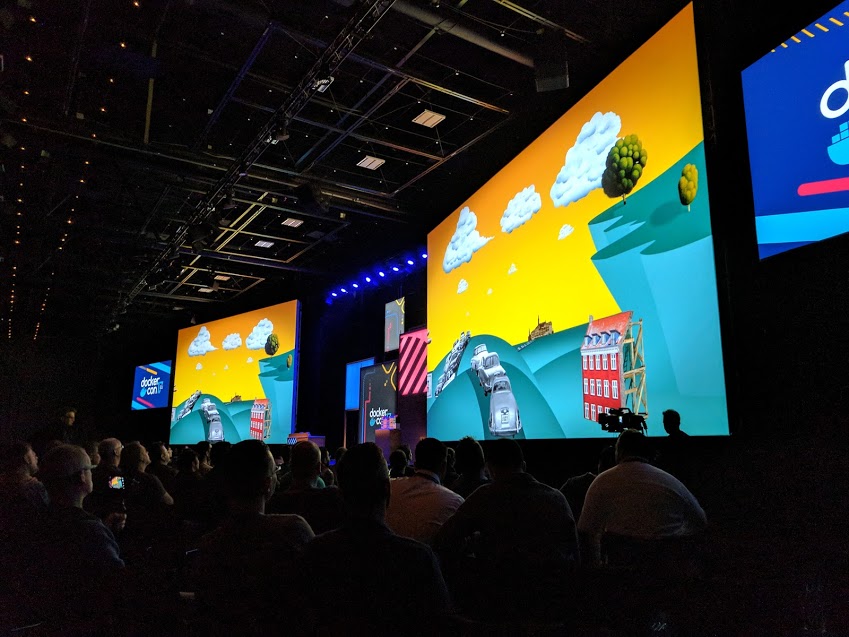 At Dockercon this week one of the most interesting things for me was the announcement that wasn’t. In his keynote Docker CEO Steve Singh said:

I was expecting more detail to follow, but none was forthcoming. I guess we can safely assume Docker is working on serverless, which certainly shouldn’t surprise us, but to mention it in the keynote, and then never say anything else about it was interesting. I couldn’t work out if there some news that in the end that didn’t get announced, or whether Singh was just putting forward a teaser.
We got the chance to talk to Singh and CTO and founder Solomon Hykes. When asked for details about serverless Hykes gave an interesting answer. He has of course been here before. Docker after all spun out of dotCloud, a PaaS platform which failed to establish traction in the market. It turned out that revolutionising the infrastructure layer was easier than establishing a PaaS, and so Docker the company was born. Hykes, as I understood his response, said the market needed to coalesce somewhat before Docker made it’s move. Premature packaging can be dangerous. Avoid a commitment makes sense, particularly in the week in which Docker announced support for Kubernetes.
There are quite a few players in the market looking to establish a portable open source serverless platform. IBM created OpenWhisk, which Red Hat and Adobe have adopted. Meanwhile OpenFaaS is getting a fair bit of attention in the Cloud Native Computing ecosystem. Kubeless from Bitnami is well thought out from a user experience perspective. Fn from Oracle is a new entrant. Some frameworks, such as funcatron, have already fallen by the wayside. Microsoft Azure and Google Cloud Platform have come at the problem from a public cloud first perspective.
First mover advantage in tech can be somewhat overstated – just look at Facebook, for example, mopping up others’ ideas. Docker is in a position to embrace the technology that the New Kingmakers adopt.
Talking of embracing technology developers have adopted we had some interesting news from Heroku a couple of weeks ago. The PaaS pioneer announced enhanced support for Docker containers with its Container Registry and Runtime. One particularly interesting point to note is that Heroku made a small but substantial change regarding the opinionatedness of the platform in that it now supports Alpine Linux, rather than Heroku managing everything on top of Ubuntu, without any options. The developer defines their own stack. The hipsters have been betting against Heroku of late, although this wonderful post – It’s the Future –  by Paul Biggar, founder of CircleCI, makes clear the shortcomings of fad-driven development. Oddly enough many consultants have been arguing for migrations off of Heroku – they’re only too happy to add value to customer migrations to Kubernetes clusters. Heroku inspired the creation of Pivotal Cloud Foundry as portable PaaS.
One of the really big questions about “portable serverless” is what exactly it would be for, given how much of AWS Lamda usage is automation between AWS services. RedMonk has written about serverless for Cloud Services glue code – serverless is NOT the death of devops. Today Paul Johnston wrote that serverless is about automation, not functions. Gareth Rushgrove of Puppet argues that Open Service Broker may be the missing piece of the multicloud serverless puzzle.
I will be keeping a close on eye on Docker, and on AWS, to see what moves they make in the space. Others have played their cards.
full disclosure: AWS, Docker, Google Cloud Platform, IBM, Microsoft, Pivotal, Salesforce and Red Hat are all clients.