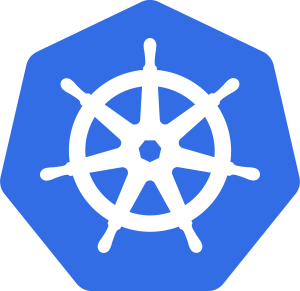 Having published this post earlier – IBM Cloud: it’s the infrastructure, stupid, which made the argument that OpenStack may not be hipster, but will see enterprise adoption, I could have updated it, but figured I would make a quick, related post.

“From the perspective of the tech hipster it’s easy to dismiss Openstack as something for old fuddy-duddies, but the thing about old fuddy-duddies is that they have budget. For now OpenStack is too many vendors chasing too few customers, but it will continue to shake out.

Why OpenStack? It’s the Infrastructure, Stupid. When everyone else in IT turned around one day and realised Amazon was going to eat their lunch just as surely as software was eating the world they had to do something about standardising and commoditising the infrastructure layers of the stack – storage, network and compute – in a topology that resembled Amazon’s own services, without directly aping them.”

“It’s easy to forget that Cloud Scale from a Cloud Native doesn’t automatically mean success in the cloud. It it did, Google would be number one.”

Google, coming from behind, is gearing up for a major push around hybrid cloud infrastructure, rather than PaaS services, leading with Kubernetes for orchestration, which hits the 1.0 milestone next week, and Open Container Format for standards-based containers. According to the Google cloud blog:

“Few enterprises can move their entire infrastructure to the public cloud. For most, hybrid deployments will be the norm and OpenStack is emerging as a standard for the on-premises component of these deployments.”

From Google that’s a huge statement, marking a pronounced shift towards a more pragmatic view of the world. Unlike Amazon, then, Google doesn’t expect enterprises to go All-In on cloud. The other company pushing forward most aggressively with Kubernetes is Red Hat, the open source packaging company enterprises the majority of enterprises rely on. RedHat’s OpenShift v3 PaaS platform looks like Kubernetes+Docker+Atomic (Red Hat’s container optimised thin OS).

For specifics on what Google is contributing to, the OpenStack blog tells us:

“Openstack’s Magnum project directly integrates with Kubernetes, the open source project Google introduced in June, 2014, enabling new cloud native apps to run alongside traditional enterprise workloads on a single platform. The community has also created an easy way to deploy Kubernetes on OpenStack via the Murano project and the new Community App Catalog.”

Google as an on prem company, playing vendor sports with foundations and partners. This transition will be very interesting to watch in terms of culture – it’s not clear how Google engineering culture will adapt to supporting enterprise newbies. Meanwhile the news from other companies in orthogonal spaces (right now in distributed everything is orthogonal, comparing oranges and transistor radios) must be coming faster a lot faster than Docker would like at this point – certainly no breathing space after the inaugural Dockerconf. And there is more to come.

Another shot in the arm for Infrastructure as a Service.

Oh yeah-for bonus giggles you should definitely read my colleague on What is Open Stack.

bonus update! So just after posting, I got these great comments from Jeff Sussna and Lydia Leong.

@jeffsussna @monkchips Not at all surprising. It's all about the Kubernetes integration. Google has been buddying up with on-prem vendors.

Google’s OpenStack play is indeed “about Kubernetes” but that doesn’t lessen the significance of the the move. Google is acknowledging OpenStack as a customer context, community and channel. Pivotal recently did something similar with an outpouring of love at the last OpenStack summit. Seems like OpenStack is becoming not just a Foundation, but a foundation layer, a framework for the Cloud Native buildout.

IBM, Red Hat and Pivotal are all clients