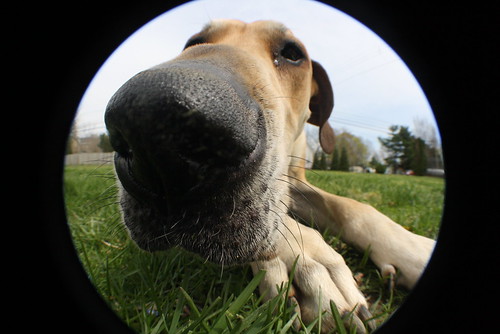 When Dion Hinchliffe pointed to an article this morning – Killing Innovation with Corner Cases and Consensus – I assumed I knew what it was about, and wanted to read more.

However upon reading the post I realised Steve Blank was describing a different phenomenon than the one I had in mind.

As we were plotting marketing strategy, I mentioned that the phrase “Speaking to the Big Dogs” might end up as his corporate brand.  And that he might want to think about aligning all his video and Internet products under that name.

We were happily brainstorming when one of his managers spoke up and said, “Well, the phrase ‘Big Dogs’ might not work because it might not translate well in our Mexican and Spanish markets.”  Hmm, that’s a fair comment, I thought, surprised they even had international locations. “How big are your Mexican and Spanish markets,” I asked? “Well, we’re not in those markets today… but we might be some day.”  I took a deep breath and asked, “Ok, if you were, what percentage of your sales do you think these markets would be in 5 years?”   “I guess less than 5%,” was the answer.

You could say this tendency is the marketing equivalent of Donald Knuth’s “premature optimisation“.

No – what I had in mind, was the tendency of “innovation capture” by deep pocketed customers, where the needs of a tiny minority of customers dictate overall product generation, skewing the overall direction of innovation.  A good example of the tendency in action is The Java application server wars, where BEA WebLogic and IBM WebSphere fought a death match throughout the late 1990s and into this decade for the high endian needs of a handful of customers, notably Charles Schwab and eBay. The thing is though- the really big dogs have different needs from the rest of the market. They are edge cases. Enterprise Java app servers became something for the high end, for organisations with huge developer teams with samurai skills. Of course BEA and IBM’s focus on serving the needs of the Big Dogs created opportunities for other players- such as JBoss, and latterly Glassfish and dynamic scripting languages and associated servers such as Zend.

My point is that requirements in tech follow power laws – and a small number of customers are worth a lot. IBM is currently doing a great job of demonstrating just how much…

But as I have recently been arguing, Amazon is doing fantastically well for pretty much the opposite reason – it keeps things simple and delivers functionality for the many, rather than the few. Of course I am also the guy that said a while ago IBM should acquire Amazon (Had it done so Big Blue’s share price would likely have hit the magic $140 number that keeps its execs up at night, but that’s a different story).

Innovation happens at the “low end” not just the “high end”. If RedMonk had a dollar for every time we heard from a Big Vendor that a new technology “won’t scale”.

In summary, while the high end is obviously a great place to make money, it should not be the sole significant focus of engineering efforts and R&D dollars. In the long run volume wins. Sometimes its better to run with the pack. I also want to point out that innovation capture hurts both parties – it keeps costs high for customers. It is part of the pathological condition of enterprise sales, where vendors and customers are locked into a high margin dance marathon… The dog and pony show is exhausting for both parties.

Disclosure: IBM is a customer

picture courtesy of smoorenberg on flickr, under an attribution 2.0 license.